A story that illustrates a hard earned lesson in life about the perils of attempting to change your partner. Read the story and learn from my experience. 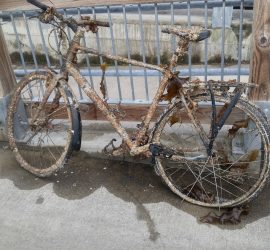 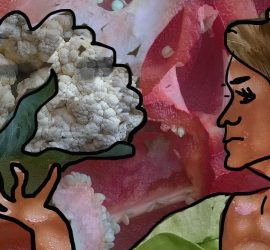 Contemplating the concept of being a woman leads me to rewrite Metamorphosis by Kafka with a female protagonist.

After years of pondering the question “Why is the Mona Lisa so famous?” I decide to make up my own answers. 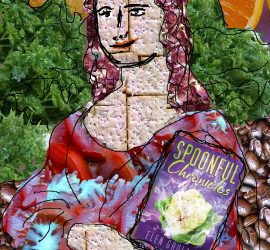 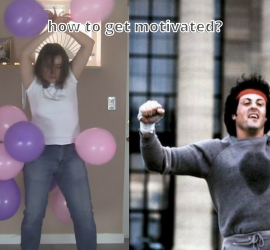 Had Shakespeare, Scheherazade and Spielberg knocked their heads together for 1001 nights they could not have produced a better story than Antar and Abla. 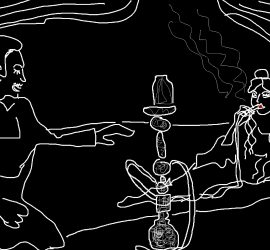 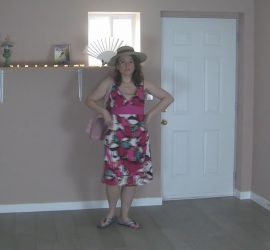 My lockdown uniform makes me think of The Dude from Big Lebowski. That leads me to deep contemplation about flip-flops. I know that some might laugh at them, but I see many possibilities for the humble flip-flops.

Watch me as I examine all the shoes in my closet searching for inspiration for my next novel. What your shoes say about you depends on your perspective. 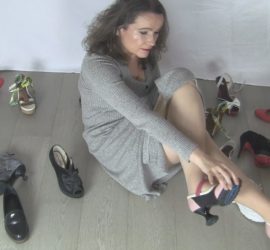 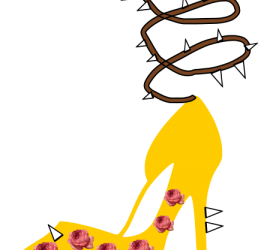 In need for a dream shoe idea. Help me choose the right one.

How reading Scheherazade Goes West by Fatima Mernissi triggers a crazy unique idea for a novel that turns out not to be that unique after all. 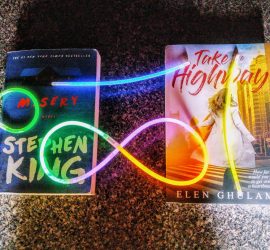 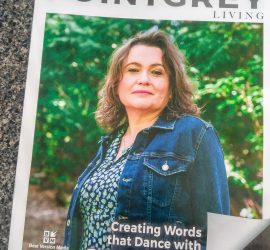 The July 2019 edition of Point Grey Living features an article about me.

Having had the experience of a reader and a writer I reflect on some of my favorite quotes about writing. 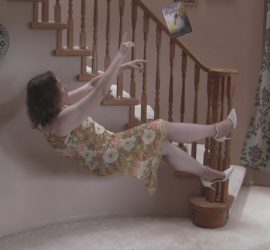 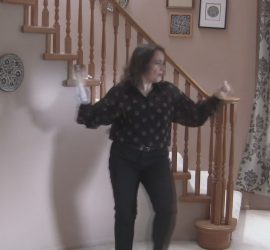 There is a pure joy of dancing that can only be expressed one way. I put on some music and start dancing in the living room.

To create a words into images animation video, I come up with a handful of images that I base the project around. 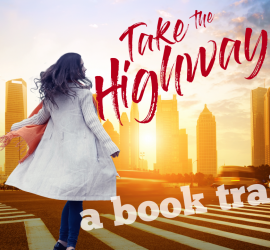 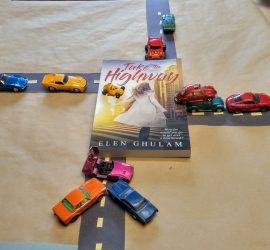 Have you ever been stuck in a traffic jam that made you hate the whole world and hate yourself? 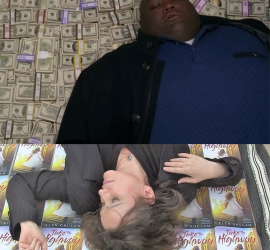 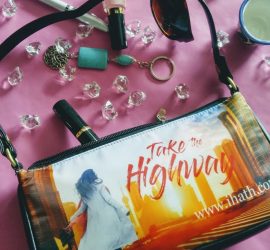 Do you have a favorite bag? What your handbag says about you? Here is my favorite bag in the world. I love the story mine tells about me. 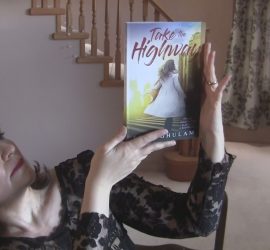 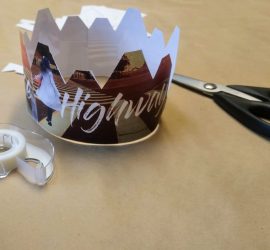 How to build yourself a crown by using a paper crown template that I designed for you.

Imagine you are driving a car through heartbreak city trying to find an exit. What twists and turns would you take to make it through? 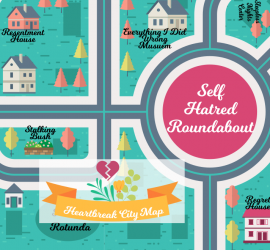 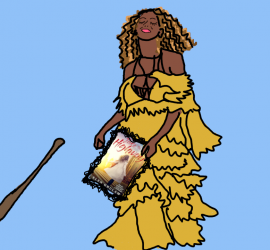 Beyoncé in a yellow dress lets go of the baseball bat after discovering a novel that helps her understand the nature of heartbreak.

How far would you go to get over a heartbreak? 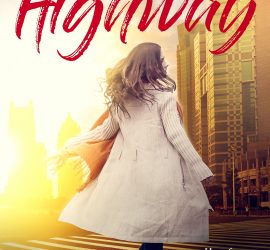 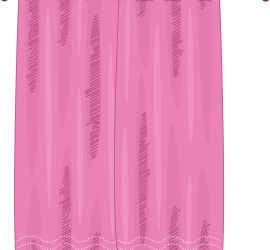 To dance is to tell a story without words. To write is to make words dance on a page. To be a dancing writer is to be cursed by the impossible. 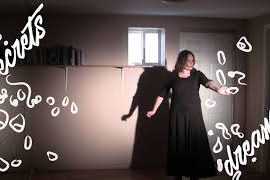 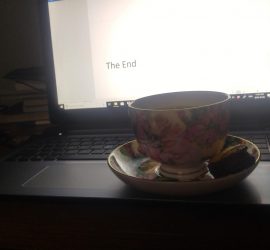 To celebrate finishing a novel, I pour myself coffee in a fancy shmancy pink tea cup. But wait? Where is this sadness coming from?

A drive through the emotional landscape of a heartbreak city. Download this heartbreak coloring Page. Print it. Color it in. 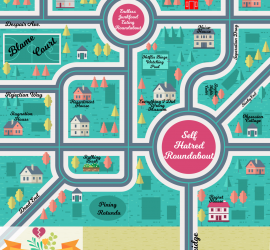 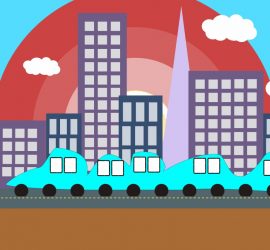 My car is alive with the sound of literary inspiration as I contemplate the question of “what your car says about you?”

Struggling with new and fresh ideas for video as I transition into a new subject matter. I experiment with a technical challenge. 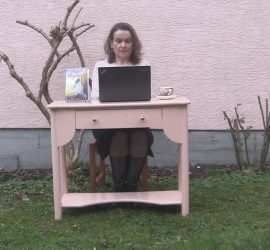 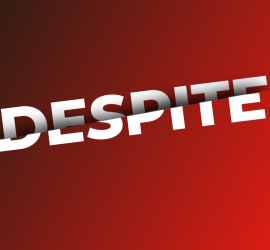 Ever since I entered into the intriguing world of author youTuber, I have been scratching my head to find new video ideas. I had this idea of doing word animation. I wanted to give myself the challenge of coming up with maximum number of ways to animate words and sentences in a single video to stir some creativity. Here is what I came up with.

The script of the video

All I could think of was the word “Despite”. Despite the fact that I am a woman, despite my skin color, despite my country of origin, despite my circumstance, despite other people’s expectations of me, despite of what the world might think, despite my short comings, despite is the declarative word of the English language. It announces itself like an elephant in a room, you might choose to ignore it, but it will force itself into your attention span weather you like it or not. Despite, is the samurai sword you carry in your scabbard ready to unleash at a moments notice. If you remove the d and e from despite it becomes spite a word that reminds me of a fantastic Kathy Bates movie called Delores Claiborne. Despite leads you into victory, up the mountain, all the way to the top. Enough is never enough, there is always more to be had. Despite is the reverse side of defeat. Today I am fragile despite my strength.

I tried to imagine the word “despite” popping up in a brain and then navigating around as if in a maze attempting to find an exit.

A sentence turning around in a circle

I came up with different ideas where words are distressed in a variety of ways. They are squished and squeezed and blown away. For some reason, this type of word animation was very satisfying.

I imagined a word coming over a horizon like a sun during a sunrise. Probably my favorite word animation in the whole video. Don’t know why.

I imagined words walking across a mountain range in a distance.

Word getting sliced by a sword.

After a wild dream of Pope, I ponder the impact on my current writing. 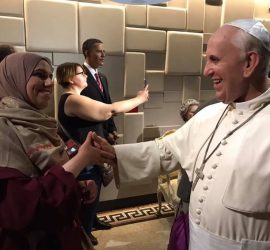 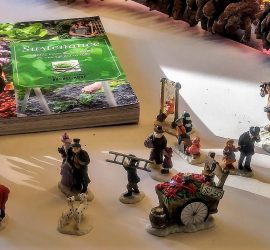 A review of an anthology of writing about food put together by Rachel Rose.