In an act of total tenacity, I nominated Spoonful Chronicles for Stephen Leacock Literary Prize for Humor. You can view all other nominees here: http://www.leacock.ca/pdfs/SUBMISSIONS_2018_as_at_Dec_5_2017.pdf. Seeing my name listed along side a Giller Prize winner and somebody else who participated in writing the Simpson’s show fills me with excited giddy energy. Yes! I know it’s a long shot, but for now I am allowed to dream. Right?! 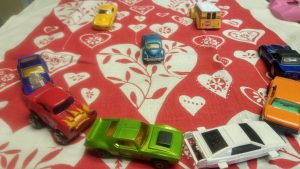 This prize is near and dear to my heart because it focuses on humor and as you know I am fond of incorporating humor into my writing. Let me start by this little funny story for inspiration.

In the west he is called Mullah Nasreddin but where I grew up we called him Juha. A sort of a nickname for a beloved character. Juha was a philosopher, trickster and a fool. He specialized in teaching people important life’s lesson by playing a prank on them, in other cases he would achieve the same goal by being the butt of the joke himself. One day Juha was returning home from the market with his son. Their donkey walked along their side carrying their purchases. As they walked along, they encountered a group of people heading in the other direction. Juha overheard their conversation after they passed them by. They laughed and sneered at Juha and his son: “Did you see those fools? They own a donkey and yet they walk on their feet. What use is the donkey to them? They wasted their money by buying it.” And so Juha rid the donkey. After a while another group of people passed them by and Juha overheard them say: “Look at that arrogant bastard. He rides comfortably on the donkey and lets his poor son walk on his feet by his side. What a dreadful father he must be.” So Juha switched places with his son. A group of boisterous elderly men passed them and Juha could overhear them grumbling: “Look at that ungrateful son. He lets his elderly father walk, while he takes the seat on the donkey. He must be a spoiled brat. So both Juha and his son got on the donkey’s back. That is when a young group of men and women meandered about. They rushed to pet the donkey: “You poor animal. You do all the hard work while the nasty humans take advantage of you. It’s a cruel cruel world we live in.” Juha scratched his beard. Adjusted his turban. Patted his donkey with affection. Instructed his son that the two of them would lift up the donkey on their backs. Juha took the front legs. His son was assigned the rear and both of them carried the donkey all the way home.

Instead of telling you the above story, I could have simply said: “You can’t please all people no matter what you do”. Somehow the funny anecdote has a way of sticking in your imagination better. Recently I was having lunch with my friend Crystal. She asked me why my books are so funny. I told her: “because if you can make people laugh they will open their heart to you.”

When I read the daily news, I find myself torn between the desire to stay informed and the self preserving desire to protect myself from heart break by wishing to stay ignorant. My body recoils sometimes. I fight hard not to fall into despair and cynicism. I intend to write about difficult topics. I hope that humor can be an effective vehicle to deliver the message without causing injury.