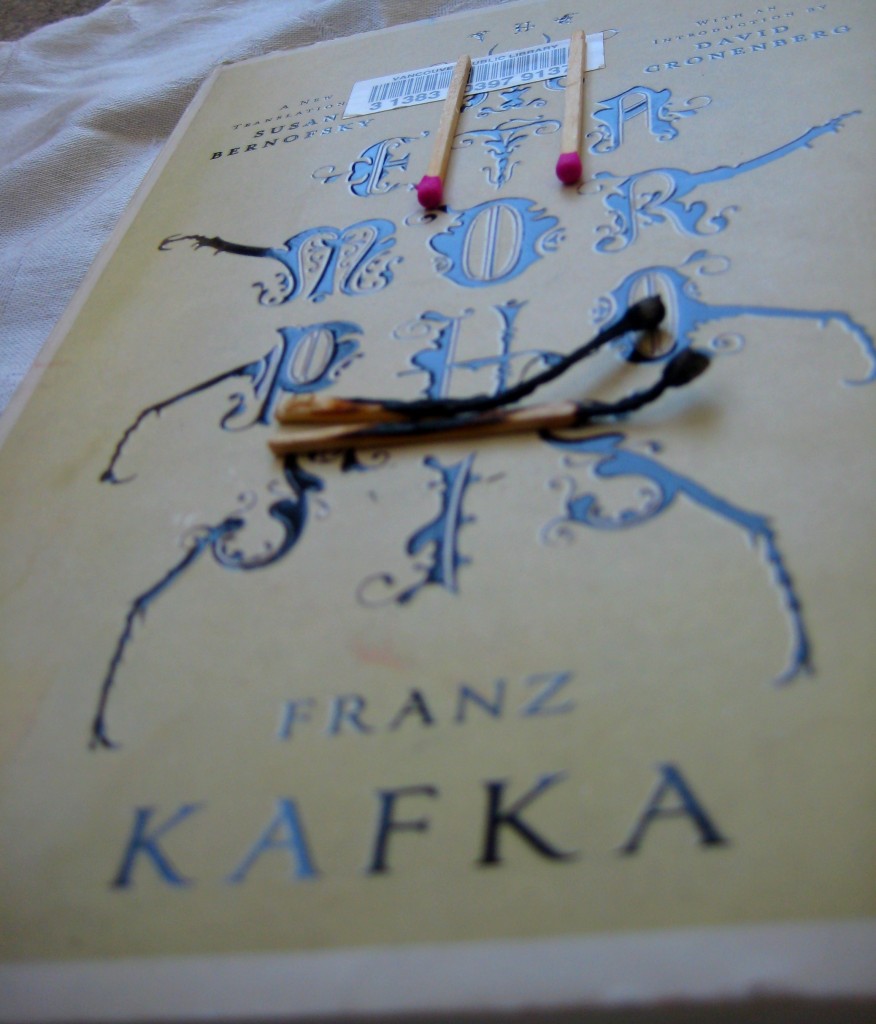 This review contains spoilers. If you haven’t read Metamorphosis yet, don’t read on.

When I lived in Scotland, I was introduced to a unique brand of humor. The type that is clever yet hard to get. The more a joke is hard to decipher the more valuable it is considered. Many Scottish people have mastered the art of telling a joke deadpan in a straight face. Contributing to the confusion. Sometimes I didn’t get jokes until a few days later after I had slept on it. There was that aha! moment when I realized that the incomprehensible story I was told was supposed to illicit a laugh. It meant that for a long time I lived in a state of paranoia. Not certain when something was a joke or a genuinely serious matter.

In 1915, that is 100 years ago, Franz Kafka published the story Metamorphosis about Gregor Samsa who wakes up in the morning to discover that he has been turned to a large insect. The mere mention of Kafka immediately prepares me to think onyx black thoughts. And then I read Metamorphosis and found it black hole outer space dark. So downbeat negative that I felt my pores dehydrating and my heart shriveled up into a prune. I laid on my couch contemplating poor Gregor insect walking around with an embedded apple inflaming his back hesitating to tug at his sister’s apron to show appreciating at her violin playing. When a sudden realization came over me. It was the same aha! moment I experienced several times in Scotland. This story is roaring hilarious. Like roll on the floor funny. Think “Honey, I shrunk the kids” or “17 again”. Those movies are funny because they place the protagonist in an completely insane position. Imagine Tina Fey in a completely straight face reading the first line of the story:

When Gregor Samsa woke one morning from troubled dreams, he found himself transformed right there in his bed into some sort of monstrous insect.

Imagine you have woken up to discover that you have six feeble hairy legs and your first thought is: “Oh no! I am going to be late for work”

Kafka! you are so funny.

A few months after reading Metamorphosis I felt inspired to rewrite it as the story of a woman that wakes up to discover that she has been transformed into a cauliflower. The result ended up in my novel Spoonful Chronicles in the cauliflower chapter. It also inspired the cover design for that novel. Imagine Seth Rogan reading the beginning of my version:

When Elizabeth Sesame awoke early one morning from a dreamy sleep, she found herself changed into a radiant white cauliflower with sparkling florets.

One last thing, the cover design of Metamorphosis made it in my list of best cover designs.