I contemplate why did Andy Warhol paint Chairman Mao while recreating it using a recipe handed down the generations to unexpected results.

I read somewhere that Andy Warhol was fed Campbell’s soup everyday for lunch by his mother. Have you ever tried Campbell’s soup? …… It tastes dreadful. Both Andy Warhol and myself have Czech mothers, I am not going to tell you what I was fed for lunch nearly everyday while little. Suffice to say that I totally get the tomato soup painting. Like totally get it in ways I can’t describe in words.

What I can describe in words, though, is why I appreciate the chairman Mao painting. I like how the image both ridicules yet glorifies at the same time and in equal measure. Two extremes sitting on top of each other comfortably.

My mother makes Russian salad and my grandmother made it before her. I make it here with a few personal touches. So here is Andy Warhol Chairman Mao in Russian salad. 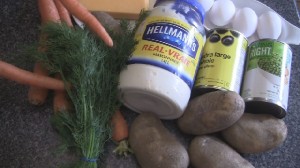 First, I peel the carrots.
In a large pot, I stack potato, carrots and then egg. I keep the potato unpeeled because it is more likely to keep its shape when I chop it later. I want all the ingredients to be fully cooked but not mushy. Each vegetable needs to keep its shape in the mixture.

I allow everything to fully cool down. Not only for easy handling but also to avoid mashing the vegetables unnecessarily while chopping them.

I chopped the dill finely and grated the cheese.

I peel the potato and then chop everything into roughly equal sized cubes.

Mix all the vegetables, cheese and eggs in a big bowl. You want to mix everything gently. Usually I use my hands, but for some reason I didn’t feel like doing that in this video. I don’t know why, but I used a spatula instead.

Sometimes I add chopped pickled cucumbers. However, because I knew I was planning to decorate the top with olives, I thought it would be too much pickled taste.

Add fresh dill. Without fresh dill this recipe doesn’t taste right to me.

Now comes the crucial question of how much mayonnaise to add. The angrier I feel at the world the more mayonnaise I seem to add. One time I was in such a good mood, I added non. I swear to god that it tasted good. I am not sure I could still call the result Russian salad, but it was a yummy treat nevertheless. On bad days, I haven’t been able to find too much. No matter how much I throw in there, it still tastes good in the end.

Since I was feeling somewhere in the middle between “The world sucks” and “I love my life”, I put about two cups of mayonnaise.

To imprint the image, I used black olives, but that proved inadequate for the finer lines. Luckily I found poppy seeds in my cupboard and that saved the day. I have tried using stencil before to a disastrous effect. This worked much better than the last time, however I still need to work on my technique.

Finally I used the dry ingredients to fill the spaces and used a bit of ketchup to give Mao’s lips some color.

Now Russian salad is all about layering gradients of bland on top bland. The reason it works is because everything is dispassionate. The worse thing you can do to a Russian salad is try to make it interesting. It would ruin the subtle effect. There is a subtle harmony. A still dance. Like a shy exhale after sudden realization that leaves things unsaid yet hanging in the air – that is Russian salad.

This salad is the enemy of freshness. That is right. It actually tastes better if you leave it in the fridge overnight assuming you can resist the urge to eat it right away. It benefits from using stale vegetables. Any old carrot or soggy potato will do. Staler is better in this one case. I am not being ironic. Make this like you don’t care. Like you are a bad cook. Like you will be making this for the rest of your life and you are tired of it already. The right touch of careless is what makes it taste better. Glamour is the enemy in this unique one case.

In the end it looked like this. Ta Daaaaa! Andy Warhol Chairman Mao in Russian salad. 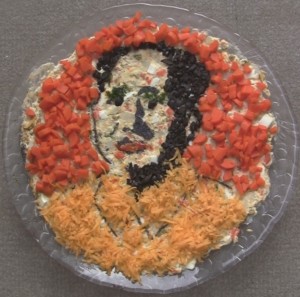 I took the image and had some Andy Warhol fun with it in my Paint.net 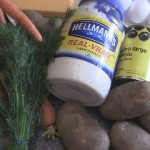 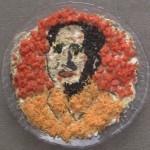 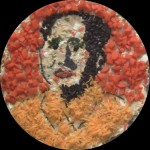 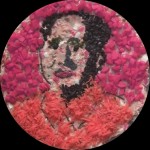 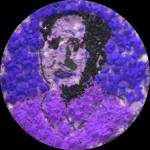 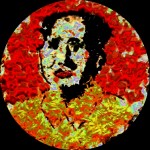 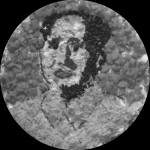 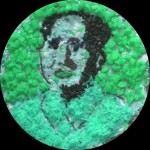 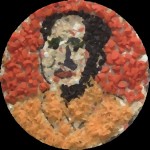 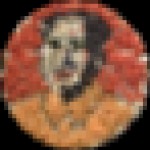 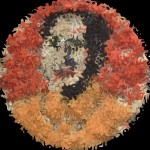 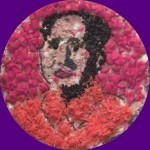 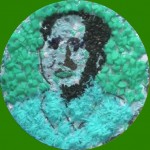 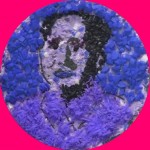 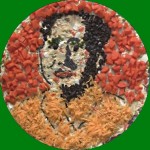 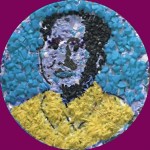 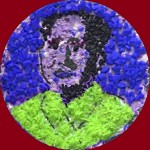 Dinner time was full of discussion. We talked about Andy Warhol, my kids asking if his work should be considered art or not. There were also lots of questions about Chairman Mao and the history of China. We also talked about the recent protests in Hong Kong. I was rather impressed with how educational this thing turned to be. So much got accomplished in one day. So much territory got covered. I felt very earnest by the time I landed in bed.

What do you think of Andy Warhol Chairman Mao? Would love to hear your opinion.

This is one of many recipes I created to inspire me while writing a novel about food.

3 thoughts on “Why did Andy Warhol paint Chairman Mao? ala Russian Salad”