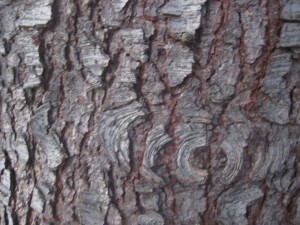 Believe me darling! … I would love to paint you. The way you are sitting right now on the couch with your head cocked to the side and your mouth tilted bearing a smirk that says I am smiling while I frown, would make a magnificent painting. But before I entertain this tempting idea, there are consequences to being painted which I would like to explain to you. Little do you know that being a muse sucks.

It might seem glamorous to be painted by an artist, the truth is far darker. The way this works is that only one person gets all the accolades for a brilliant work of art and that person is never the muse. On the rare occasion when there are financial benefits, the living original behind the work never sees a single dime. Yes I know, you are not after accolades nor seeking dollar signs. But that is only the first of cautionary thoughts you must consider. Let’s explore further why being a muse sucks.

The thought of being depicted in dreamy brush strokes is an altogether romantic notion. Consider this, however, you will not be painted the way you think of yourself, you will painted the way you are seen by a single perspective. The discovery might be painful, shocking or disturbing. Look very closely at each one of my painting. Do you see a single idealized form? That is because I am not interested in painting that, it doesn’t inspire me as an artist. I might paint you being bored, looking sarcastic, annoyed or in a foul mood. These are human conditions that exist is all of us, but a part of you will stay stuck in that frame for the end of time, do you think you can handle that?

What did Mona Lisa the flesh and blood woman think of the painting? Perhaps she smiled like that for only 5 minutes in her whole entire life and yet that smile is the only thing we know about her. She has no chance to explain to us who she really was, what she was thinking, what were her greatest victories or biggest heartaches. All we know about her is how she was seen through the lens of Da Vinci. Perhaps poor Liza was teased by all her friends about that smile once the painting was completed. Perhaps Liza’s husband suspected an affair with Da Vinci. Do you think that Liza was asked at parties to smile like in the painting? Perhaps she never smiled again. Perhaps she hated that painting and cursed the day she agreed to sit for it. We will never know the answer to any of these questions. We do know that Da Vinci loved that painting and refused to be parted with it till his dying days. Nobody bothered to document Liza’s opinion. Being a muse sucks.

Perhaps I will paint you in an Iconic stance or expression and for the rest of your life you will be known as the person with the famous scowl. Will you be ok with that? What if nobody knew your name, nor anything of worth about your life, yet they knew your scowl, would you still find the prospect romantic?

That is still not the worst of it.

Men have painted women since forever. Consider the example of Paul Gaugin who traveled to Tahiti where he proceeded to indulge to sexual exploits with with several prepubescent native girls, some of whom appear as subjects of his paintings, in some cases painted in the nude. Those paintings fetched him a nice sum of money, yet all the subjects were eventually abandoned. Something about this screams of exploitation. This is only one example, I know of many more. O being a muse sucks big time.

“So what do women paint?” That is a very good question. Women in the past didn’t paint and when they did they restricted themselves to nature. Because a tree doesn’t care how it is depicted. Having a muse was either too scandalous or unaffordable for women.

You might find yourself in social circles explaining that art depicts the specific in order to touch the universal. That the subject is only a conduit for that which is in all of us. And some people will understand and others will not. Is that something you can live with? Will you be ok with that or will it keep you awake at night?

So perhaps you think it is narcissistic of me to keep painting self-portraits over and over. I am drawn to the human form. Believe me I know many fantastic, inspiring and interesting people that I wish I could paint. I don’t because I love them, because I don’t trust myself, because I want to protect them from my gaze, from the darkness that lurks inside my soul and from the shallow idiocy of a vocal few. Being a muse sucks like an industrial vacuum cleaner.

One day I will meet somebody that does understand all this and is willing to take a leap. Until then I will keep saying: “Being a Muse Sucks! Stay Away!”

3 thoughts on “Being a Muse Sucks”