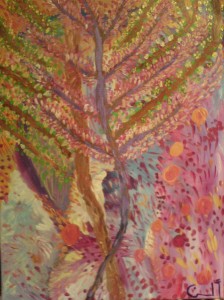 I painted this painting infront of a live audience for a charity. It felt like a performance. Initially, I felt nervouse. Normally when I paint at home, I paint while I am in the flow, as soon as I feel stuck, I walk away and only paint again when I feel inspired again. I was a little worried I might have to force myself to just plow through and end up with a painting that I hated. Thankfully, that did not happen. I just got myself into the mood and infact found myself enjoying the event. Here is the poster for the event. 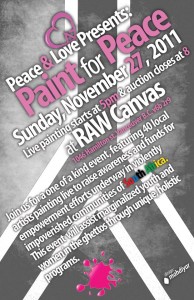 The other thing I was worried about is the fact that I usually paint while sitting on the ground. I lay an old bed sheet, put the canvas on top and paint while sitting or crouching over the painting. My method of painting is a bit savage and I wasn’t sure if I could hack the more civilized method of using an easel and standing up. Luckily that part worked out as well. Here are a few pictures from the event. 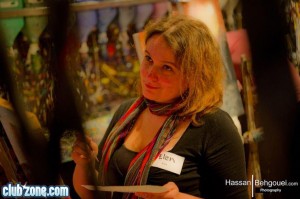 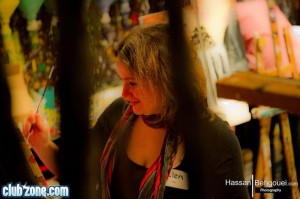 Both pictures were taken by Hassan Behgouei.

I felt inspired by watching all the other artists around me working. One young artist was using his fingers to apply paint directly to canvas, no paint brushes involved. While others painted with delicate touches, they seemed to be impersonating an angel. I decided to try something new with my painting and apply shards of broken glass from a smashed christmas ornament as a finishing touch to the painting. You can’t see the effect in the picture, but I am certain that it will shine brightly when exposed to the sun light.

The Story Behind the Painting

A few weeks ago, it was a rare sunny day and I decided to take a walk along a nearby beach. The sun was sending silver rays covering everything in magic dust. The fall trees where shimmering in beautiful colors of red, green and brown. After an hour walk, I felt high on the beauty surrounding me. Everything seemed intensely beautiful. I stood in a state of ecstasy watching a some trees when I took out my camera and started taking pictures of foliage around me. A man on a bicycle approached me and started to swear at me in an angry voice accusing me of standing in his path. This seemed a little funny since the place was nearly empty and there was plenty of room for everybody to enjoy the place. I felt amused by his foul mood and laughed a little. Which triggered greater anger and I was showered with four letter words and a few adjectives which I will not repeat. Additionally was accused to having a god complex and of acting as if I owned the beach. The man finally continued riding his bike while still yelling his taunts. I have no idea what triggered such extreme anger, perhaps the man is mentally unstable, having a bad day or some other reason I can’t think of. I have no clue as to what was going on inside his mind. However, I imagined that my extreme happiness was somehow offensive to him and triggered an avalanche which he couldn’t control. I was shameless in my display of joy and completely unaware of others who are struggling. One extreme triggering the opposite. Here is one of the pictures I took on that day. 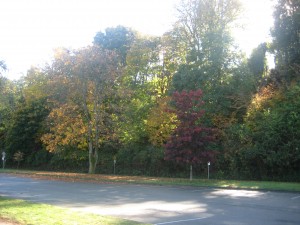 One thought on “Shameless”