Contemplating all the difficulties in life and trying to decide which one is the hardest. Why is life so hard? Let’s put our heads together. 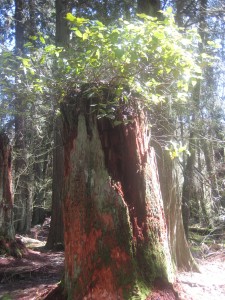 Everything in life is hard. Going to university is hard. Raising children is hard. Backing off when they grow up is hard as well. I imagine that not having children at all presents its own hardship. Being in a relationship is hard. Being lonely is also hard. Being lonely inside a relationship is even harder. Moving between countries and learning new languages is hard. Living in a war zone is hard. Moving away into a peace zone is when the hardship hits you in the face like a soccer ball and you begin to yearn for turmoil days, because back then you had real problems and you didn’t have to bother with anything except survival. Learning to dance flamenco is hard. Working hard and pursuing a career is hard. Do you think anybody will hand it to you on a silver platter? Doing everything all at once, slicing yourself into segments to fit everything in is insanely hard. Quitting, after all that, and doing nothing all day is hardest. In short, it doesn’t matter what you do, life is hard.

But why is life so hard? The question swirls in my head around and around. And when will things get easier?

Living on vacation mode in everyday life was supposed to be fun. But, the empty hours would stretch in front of me every morning beckoning to be filled with productive activity. I would contemplate my options for distractions, but none seemed all that interesting. Guilt, anxiety, worthlessness and embarrassment were my constant companions in those days. “I have become an unproductive member of society”, the thoughts would bubble to the surface. “You don’t deserve to be having fun, you didn’t earn it”. “I am about to become like one of those bums on the streets.” It is amazing what chatter goes on inside my head. Now that I had plenty of time I was noticing it. I was surprised by how negative, downright abusive, my own thoughts were. Constant and insistent stream of horrid comments manufactured inside my mind. To make matters worse each one of my friends became occupied for a different reason and there was nobody to talk with. I tried to apply for a master’s program in the university but didn’t get in. I attempted to apply for emerging small business competition with a brilliant idea and didn’t get past round two. I was performing flamenco weekly in a local coffee shop, but then got into a fight with the guitarist which devolved into a shouting match and had to take a break from performing there for a while. As if the whole universe was pointing a finger at me and declaring in a grandiose voice: “You shall deal with this on your own.” With all avenues for distraction closed, there was no choice but to pay attention.

Life is hard, no matter how you slice it.

I used to think that I was a non-material person. “Money and prestige don’t matter to me” you would find me saying. I was surprised with how much I was bothered by the disappearance of a monthly salary. I didn’t need the money, since I had savings and able to live at the same standard as before. Yet the disappearance of an impressive job title and an equally impressive dollar value associated with it plunged me into a state of turmoil. Is it possible that my identity got so wrapped up with my job that I view myself as worthless without one? Is it possible that in the process, unbeknown to myself, I became the sort of person that evaluates somebody’s worth in dollar signs. Even worse, my own children were starting to ridicule me because I didn’t have a job. “I am a material person who raised material children” the painful realization dropped, like a stone into my stomach. Digestion problems and heartburn appeared inside my brain.

“I am on a new quest, to perfect doing nothing”, I told myself as a self-prescribed medication. This was a new skill that I had no idea how to approach, nor an inkling where to study.

A new challenge that will provide an answer to the nagging question: “Why is life so hard?”