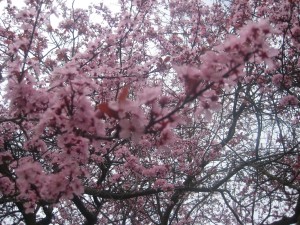 Can you imagine arriving in a foreign country, where a foreign language is spoken? You don’t understand a single word, except for the swear words. You walk around in happy tourist oblivion only to be jolted once in a while with some foul curse being yelled.

Well I don’t have to imagine such a scenario, because I lived it. When I moved to Israel, I didn’t speak a single word of Hebrew. The only words I understood were the swear words since most swear words in Israel are adopted from Arabic. So I would walk down the street, completely ignorant of what is going on around and then once in while I would hear somebody calling somebody else’s mom a dog. I asked many people about this, Why do Israelis adopt Arabic swear words? I got many different answers ranging from “Arabic has the best swear words in the world” argument; to “Hebrew is God’s language; you can’t have foul words in it” argument. My theory is that, Israelis are excellent communicators; to the Palestinians they have to say: donkey, your mother is a prostitute, you are mentally retarded and you are a bastard. To the rest of the world they say: These Palestinians are so unreasonable we have tried, but we just can’t find a way to communicate with them. With Arabic the Israelis learned the words they needed to know. It also means that they get to hear only the words they want to hear: donkey, your mother is a prostitute, you are mentally retarded and you are a bastard. See! Those Palestinians hate us, it is in their genes. In language, as in life, you learn the parts you want to learn. Understanding nothing but swear words can be disturbing after a while and so I took intensive Hebrew language classes. On the first day of classes I learned to say: “Shalom. Shemi ihath. Ani me Canada” (Hello. My name is ihath. I am from Canada. After a while I knew a wide variety of the “Hello, how do you do?” words and I still knew the “Your mother is a dog” words. It was a rather strange mix of vocabulary that I had in the beginning. Not to worry, I am a fast learner. I picked up the in between stuff pretty fast.

Hebrew is a very concise language, people use the minimum number of words to express an idea, frequently a sentence will be just two or three words but it will hold complex meaning. Which means that it’s prone to poetry and musicality. Hebrew has very powerful loaded expressions, like when somebody is boring you with something you could tell them “Ze mea’anein et ha safta sheli” (this would be interesting to my grandmother). Whenever people are about to eat they say “Bete avon” to each other which means (With good appetite). My all time favorite Hebrew expression is “Achaz oti bolmos” (I was possessed with an obsession). The best part about learning Hebrew language is the fact that I am able to understand the songs. I don’t know what is it about Israel? but, they produce excellent music. I don’t know if it is the mix of eastern and western influences, is it the Hebrew language, is it the adversity that the people faced? I don’t know, but Israelis have fantastic music. Below I provide links to two of my favorite CDs, but really there are so many more that I can recommend.

At work I asked one of my coworkers if he knew any other Arabic words, besides swear words. He told me that he learned a few expressions while serving in the army in the west bank. He recited a few for me.

Ok, I can imagine now what he did in the army. I could imagine him standing at a check point giving people orders. The swear words almost sounded better, all over a sudden. Somehow I can’t image him attempting to pick up a Palestinian chick with that vocabulary. In addition to swear words, Israelis seem to be fond of the Arabic word yalla, which means hurry up or come on. It is my least favorite words in Arabic. I have spend a childhood listening to: yalla wake up, yalla get dressed, yalla time to do homework and yalla go to bed. I think I am yallaed out. Israelis also like the Arabic proverb “Kul kaleb beiji youmo” (Every dog will get his day, implying that every despicable person will get his just punishment one day or the other.), I have no idea why this proverb is so popular among Israelis, since among Palestinians it is just one of many good ones. If I had to choose just one Palestinian proverb I would go with “Ele beidri, beidri. We ele ma beidri beiqoul kef adas” (Those who know, know. Those who don’t, say: a handful of lentils). The story goes that a young man was secretly visiting a young woman at night in her house. When her family returned unexpectedly, he ran out to the kitchen and placed a handful of lentils in his pockets. So that when the young woman’s father and brothers found him they would think he was a thief, attempting to steal food, therefore not causing harm to his beloved. The equivalent in English would be: Things are not what they seem. But what a beautiful way to express the concept.

When I was a teen, I used to vacation in Europe with my family. My brother was fond of playing this practical joke on other teens we met there. He would tell people that he would teach them how to say hallo in Arabic, only he would teach them how to say “kick me in the ass” instead. It gave him great mischievous pleasure to hear his innocent victims repeat this phrase. Being the prudish teenager that I was, I would go around and tell everybody what the phrase really meant and spoil his fun, I thought it was unfair to make fun of people like that. Now that I am older, I am not so tight laced as I used to be. I suggest to all Iraqis living in Iraq to teach American soldiers to say “Urfusni alashan ana hemaar”, tell them it is a polite greeting. Yeah! they got our oil, our land, our dignity, but, unlike the Palestinians, lets make sure we get to use our language to our own advantage. Since we are on the axis of evil already, we might as well do something to earn the title. It will be our secret weapon of mass ridicule.

What can I say, sigh!

Will liberation become the most common greeting word in Iraq ten years for now? That is Tahreer in Arabic. I can just imagine two friends meeting each other 10 years from now on the streets of Baghdad.

Sa’adoun: Liberation upon you brother.

Jaber: And liberation upon you too.

Sa’adoun : So how was that business trip you went on?

Jaber: It was very liberating. I nearly got killed and got liberated of my life. How is your family by the way?

Sa’adoun: My family is experiencing the mother of all liberations. We have just been liberated of all our worldly possessions, it feels great.

Jaber: Don’t worry about it, some of my best friends are liberated too, and I mean that in the best possible way.

In the land where everybody say peace all the time, it is in fact sorely lacking.

One thought on “Everybody Say Peace”